Some Thoughts on the Issue of Evidence in Judicial Review, and Why We May Need to Wait a Little Longer for a Redux

At CIAJ’s 2017 National Roundtable on Administrative Law in Vancouver, Ben Oliphant and I had the privilege of presenting our paper entitled “Evidentiary Rules in a Post-Dunsmuir World: Modernizing the Scope of Admissible Evidence on Judicial Review”. The theme of the 2017 Roundtable was “These are the Principles, If You Don’t Like Them, We’ve Got Others”, and focused on several topics in administrative law that do not always garner as much attention as, let’s say, the standard of review analysis.

Both in Evidentiary Rules and at the 2017 Roundtable, we advanced a thesis that the rules of evidence in applications for judicial review need to be modernized, to account both for the broader range of “decisions” and “decision-makers” that are now subject to judicial review in Canada, and most notably non-adjudicative decisions and decision-makers, and for the more expansive availability of judicial review for substantive reasonableness. The rules of evidence on judicial review applications have not been changed in any meaningful way since the 19 th century, where judicial review was only available “on the face of the record”, review of the substance of the decision was not available at all (never mind deference), and “extrinsic” evidence was only available to allege a “jurisdictional error” or a breach of procedural fairness. As such, the rules simply do not account for the fact that judicial review is available to challenge all manner of administrative decisions (and not just adjudicative ones), that the grounds upon which decisions can be quashed on judicial review have expanded to include substantive reasonableness, and that reviewing courts must now also consider whether an administrative decision-maker as adequately considered any Charter rights or values that might be engaged by the decision. Operating on the presumption that evidentiary rules should evolve in tandem with the substantive law, we proposed a new general rule of admissibility of extrinsic evidence in the judicial review context: that parties should be permitted to adduce whatever evidence is necessary to allow them to make the substantive arguments that are available to them, subject to the court’s discretion to exclude the evidence when the party had a reasonable opportunity to put the evidence before the original decision-maker. Our concern is, and has always been, the inherent unfairness with holding to the concept of a “record” when, at least with many types of non-adjudicative decisions subject to judicial review, there is no “record” to speak of, at least in the traditionally understood sense.

Ben and I were recently invited to participate in a Dunsmuir focus-feature issue published in the University of Toronto Law Journal (“Dunsmuir and the scope of admissible evidence on judicial review: Principled limitations or path dependency?”), where we expanded upon the arguments first raised in Evidentiary Rules and presented at the 2017 Roundtable, in light of recent jurisprudence and some policy-based arguments or concerns that push back against the idea that the evidentiary rules in judicial review need to be revisited at all. These arguments centre on the fact that judicial review is not a hearing de novo, that judicial review is intended to be a summary proceeding, and that a more expansive approach to extrinsic evidence could lead to undue interference in administrative decision-making, which traditionally attracts deference by reviewing courts.

Many of these concerns over a more expansive approach to extrinsic evidence on judicial review applications are valid, but they have particular resonance in cases where the decision under review is from a tribunal or a quasi-judicial context. In those cases, generally speaking, an approach akin to that used when a party seeks to adduce fresh evidence on an appeal is appropriate. If the party has an opportunity to tender the evidence, and have the evidence considered, at first instance before the decision is made, generally speaking the extrinsic evidence should not be admitted. However tribunals and other quasi-judicial decision-making that attracts significant procedural fairness obligations have never been the concern. Rather, the concern is with respect to non-adjudicative or policy decisions, often made by Ministers, bureaucrats, or deliberative bodies, which are equally subject to substantive judicial review. Concerns premised on the risk of conducting a de novo hearing are misplaced, when there has been no “hearing” in the first place. Similarly, there is little risk that the court will usurp a decision-maker’s “fact-finding role”, when the decision-maker has made no express factual findings at all, and may not have even issued anything resembling a “written decision”. Courts should be wary of trying to fit a non-adjudicative peg into an adjudicative hole.

Having just celebrated the 10th anniversary of Dunsmuir v New Brunswick, a lot can be said about how that decision and its progeny have impacted judicial review in Canada over the last decade. The debate as to whether Dunsmuir’s contributions to Canadian administrative law jurisprudence have been good or bad is so fraught that it spawned an entire online colloquium, with as many as 40 contributors from across the judiciary, the Bar, and the academy. What has been less of a focus is what the availability of more expansive grounds of judicial review that essentially crystallized in Dunsmuir has done, or should do, to our approach to evidence in judicial review application. While perhaps not as exciting as other current issues in administrative law, it is one of tremendous practical importance to parties (and their lawyers) who seek to challenge the substantive reasonableness of non-adjudicative administrative decision-making. The issue of what constitutes “the Record” on judicial review is increasingly a live one, particularly when non-adjudicative or policy decisions are under review. This is unlikely to change with the Supreme Court of Canada’s much anticipated, upcoming overhaul of the Dunsmuir framework, unless the rules of evidence are modified in tandem.

CIAJ’s next National Roundtable on Administrative Law: “Masters in Our House: Adjudicative Sovereignty versus Judicial Oversight” will take place in Montreal on May 25, 2019. 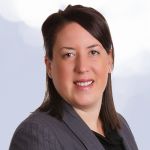 Lauren J. Wihak joined McDougall Gauley LLP, where she specializes in administrative law, municipal law and litigation. Ms. Wihak received her Juris Doctor from Queen’s University and holds a degree in Communication and Psychology from the University of Ottawa, where she was awarded the Silver Medal for her studies in Psychology.