What is “stigma?” Let’s choose to define it as “elements of labelling, stereotyping, separating, status loss, and discrimination co-occurring in a power situation that allows these processes to unfold.”

The language used to describe people with mental health issues matters. “The mentally ill” is more likely to feed and inflame stereotypes than the “people first” language I am using. There are, of course, myriad options and preferences. “People with lived experience” is currently popular in Canada. Consumers or survivors of mental health systems is preferred by certain clients. “Patient” vs. “Client” has been a controversial discourse over the years.

Anti-stigma busting campaigns take widely differing approaches to the issue. The issue itself is not controversial. People with mental health issues, if they self-identify or are identified, are too often feared and loathed, leading to social exclusion. They are unable to access the standard of health care enjoyed by others in their communities, including for medical / physical needs or appropriate legal services, if their capacity is questioned solely due to their mental health issues. It is for this reason that these individuals so often refuse to self-identify or try very hard to evade identification. Because of their legitimate fear of being excluded or badly treated by society and having their rights diminished solely because they experience such crises.

Some anti-stigma campaigns focus on identifying as biomedical the root of the mental health issue. The Bell ‘let’s talk campaign’ is one such example. “She’s not crazy, she’s sick. Let’s go over and say ‘hi.” This was meant to suggest people would be more likely to befriend a person with overt behaviours that appeared different if they understood that what was causing the difference was not a choice, but disease. Many people in the affected communities do not agree and do not ascribe to the ‘medical model’ in addressing issues of discrimination or stigma. Nor do they agree that there is a biomedical basis for explaining crises in emotions. Other people suggest that it does not much matter what is causing the behaviour, the idea overall is to help the person feel better and achieve a better quality of life if that is what they want. And to do so, what helps is to provide the person with what they want.

Labelling the experiences of persons in crises as an ‘illness’ ultimately does not address or resolve the problem of social inclusion as it relates to stigma. It simply changes the discourse. Rather than blaming the person for being lazy and therefore unable to ‘pull up their socks’ and ‘get normal’, the person is blamed, if they are identified as continuing in crisis, for ‘not taking their medication.’ All of this misses many realities, including that medications do not work for many people, or come with severe side effects such that they make the person’s life worse rather than better. The medicalization of the experiences of clients can end up blaming them for their situation as much as any other stigma. Just saying ‘they’re sick’ does nothing to diminish the stereotype of the ‘mentally ill dangerous offender” or the one where the person is intellectually impaired. Those are the myths that hurt our clients and must be eradicated directly. The best way to do that is to treat other human beings as just that. Human beings.

Anita Szigeti is part of the speakers who will participate in CIAJ’s 43rd Annual Conference on Justice and Mental Health which will take place from October 17-9, 2018, in Ottawa. 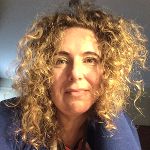