Social Issues: At the Crossroads of Mental Illness and the Law

In the 1960s and ’70s political movements aligned with the development of effective treatments for severe and persistent mental illnesses such as schizophrenia and other mental illnesses that triggered psychosis. Supreme Court challenges in the United States and the adoption of Canada’s own charter of rights and freedoms led to challenges of the arbitrary detention of adults on the basis of being mentally ill. These events should have signalled a positive change for those who suffer with severe mental illness. Unfortunately, as adults with mental illness have been transferred out of asylums, supports necessary to maintain health and to assist those with mental illnesses to work towards recovery have not been available.

The process of eliminating asylums existed in essentially all developed nations, but Canada ranks amongst the bottom of developed nations when it comes to funding mental health programming. The resulting lack of access to appropriate medical and social services combined with the inherent difficulties associated with treating the mentally ill, such as stigma and the common occurrence that those that are often most in need of treatment and support are unaware that they are suffering from a mental illness, has meant that as the mentally ill were transferred out of asylums, their presence in the criminal justice system and homeless shelters has risen in direct proportions.

I will speak about two mental illnesses, as those illnesses are the ones that can be easily treated and with treatment the likelihood that those individuals would be re-involved with the criminal justice system becomes very low.

Illness that are most likely to trigger episodes of psychosis include schizophrenia and bipolar affective disorder. Although street drugs such as crystal meth and crack cocaine also contribute to the development of psychosis and when triggered by illicit drugs the psychotic symptoms are often more difficult to treat.

Psychosis refers to one’s mind playing tricks on oneself. The person with psychosis will often hear voices and develop belief systems that become their version of reality.

Watch any horror movie and sympathize with the protagonist who is picking up on messages from their environment and can see what is really going on. That protagonist, like the person who is suffering with hallucinations and delusions is unlikely to be convinced that their version of reality is triggered by a mental illness. Would you think otherwise?

Those symptoms combined with the other hallmark symptom of disorganized thoughts and behaviour results in poor problem solving, poor judgment and fear and agitation to create a ticking time bomb without treatment and support for, social isolation, stigma, fear of the mentally ill, eviction and incarceration.

This is, and will likely continue to be the social factors that contribute to the criminalization of the mentally ill.

Dr. Jeffrey Waldman is part of the speakers who will participate in CIAJ’s 43rd Annual Conference on Justice and Mental Health which will take place from October 17-9, 2018, in Ottawa. 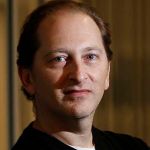 Dr. Waldman has been practising in Psychiatry since 2003, specializing in Medicolegal and Forensic work. He obtained a subspeciality Certificate in Forensic Psychiatry from The Royal College of Physicians and Surgeons of Canada in 2013. He is an Assistant Professor in the Department of Psychiatry at the University of Manitoba and his practice is based out of Forensic Services at the Health Sciences Centre in Winnipeg Manitoba.