In July 2022, I had the privilege of shadowing Justice Lucille Shaw for one week at the Superior Court of Justice in Brampton, Ontario.

On the first day of my judicial internship, Justice Shaw introduced me to her fellow judges, law clerks, legal assistants, registrars, and court services officers. She showed me around the judges’ floor of the courthouse and the judges’ passages to the courtrooms. Justice Shaw was even kind enough to show me her judicial robe and the shades of lipstick she wears when she presides.

Each morning, I attended Justice Shaw’s chambers to discuss her schedule for the day and the court proceedings I could expect to see. Most of my internship week consisted of watching a sexual assault trial from the beginning to almost the end. The trial had a publication ban and was closed to the public, so Justice Shaw informed all parties that I was her intern for the week and that I had her permission to observe the trial. The trial began with a voir dire. A jury selection followed the next day. After the jury was picked, the Crown and the Defence presented their opening statements, and the witnesses testified. I was not present to watch the closing statements or the delivery of the verdict, but Justice Shaw kindly phoned me soon after the jury presented its verdict to explain the events I missed.

On the last day of my judicial internship, I observed a voir dire in a murder trial. The presiding judge was Justice Lemon, a colleague of Justice Shaw. After the voir dire, I was invited to Justice Lemon’s chambers with two other law clerks to discuss what happened during the voir dire. It was a great experience discussing the application of R. v. Abbey to the facts in the voir dire with Justice Lemon and the law clerks. Following our voir dire discussion, Justice Shaw invited me to have lunch with her and six other justices in the judge’s lunchroom. It was an incredible experience talking with the justices and hearing the many stories they had to share.

I am immensely grateful to the CIAJ for this rare opportunity to learn about the behind-the-scenes life of a judge. I first learned about how incredibly busy judges are and the tremendous mental stamina required for active listening all day. I also learned that judges are now going paperless in the courtroom and rely heavily on IT support workers to ensure courtroom technology goes without interruption. Lastly, I learned that not only do judges rely on each other for legal advice and direction in their decision-making, but they also rely on each other for emotional support.

In 2019, CIAJ has created a Judicial Internships Across Canada program in order to provide law students with the possibility to participate in a judicial internship at the provincial, federal or administrative level. Internships take place between May 1 and September 1 of the current year, over the course of one week or more depending on the availability of participating judges. 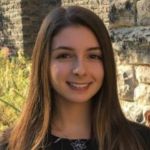