Imagine for a moment…

Imagine for a moment that you have decided after some serious thought that you need to wear a particular item of clothing that is very visible, let’s say a type of shawl. You sincerely believe that wearing this shawl represents something of value to you. Your conscience requires you to wear it. Most people may not be able to relate to a firmly held belief regarding one’s clothing, but see if you can put yourself in the shoes of this person. If you’re religious, you might compare it to wearing a turban or yarmulke.

You have the conviction to wear it even though it is a visible marker and makes you look different from most other people. You are not harming anyone by wearing this item of clothing nor do you expect anyone else to wear it. Yet because you do wear this shawl, many people make assumptions about you. They think that you are brainwashed into wearing the shawl and that you can’t think for yourself. They also think that the shawl represents violence, hatefulness and separation and that you wish not to engage with society even though you just want to go about your daily life in the clothes that you choose to wear. Because your shawl is associated with racialized communities, some people even tell you to go back home. It may be that in some parts of the world the state forces some people to wear this shawl, but you think, what does this have to do with me, and my choices?

As if these attitudes aren’t bad enough, now several governments around the world, including your own, are vigorously debating and taking steps to prohibit the wearing of the shawl you choose to wear. In fact, in Canada you have essentially been prohibited from testifying in court wearing your shawl, severely limiting your access to the justice system. The Canadian government also tried to restrict people who wear your shawl from acquiring citizenship, from voting in elections and one province continues to debate whether you can work in the public service or even receive government services while wearing your shawl. In France and Belgium people who wear the same shawl as you have been prohibited from entering public spaces. That means you can’t work, travel, get an education, access healthcare or just socialize and move about freely. The European Court of Human Rights has upheld these exclusionary laws! Now ordinary people have taken it upon themselves to act as vigilante police enforcing these laws through human rights abuses and harassment.

My analogy is not a perfect one. I’m speaking, of course, about Muslim women who choose to cover their faces with a niqab or a full-face veil. These women have borne the brunt of many exclusionary policies and laws that aim to restrict their ability to live freely. Muslim women who cover their faces with a veil arouse visceral reactions in people who, despite exposure to diverse ways of living through multicultural environments, seem to have fixed notions of how women ought to live the good life. The stereotypes about these women are entirely contradictory. On the one hand, we need to save them from the men who apparently force them to wear the niqab, on the other hand, we need to be saved from their radical, distrustful and confronting ways.

When governments, politicians and judges denounce the niqab using a variety of dubious justifications, calling on Muslim women to simply take it off, they increase suspicion and marginalization about Muslims and other minority religious communities. Judicial and legislative ideas that exclude niqab-wearing women lower the bar in terms of what can appropriately and publicly be said about Muslims, and indeed what can be done to them. Objections to the niqab reveal more about the objectors than these women themselves. Though their numbers may be small, pursuing justice for niqab-wearing women ensures that we are creating a community and a justice system that cares for everyone, even those whose voices have been most marginalized.

Prof. Natasha Bakht is part of the 40 speakers  who will participate in the annual conference on cultural and religious diversity which will take place from October 2-4, 2017, in Montreal. 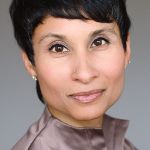