Administrative Law and the Rise of Populism

In his 1993 book, Voltaire’s Bastards: The Dictatorship of Reason in the West, John Ralston Saul traces how reason, originally the principle that was to liberate individuals from the tyranny of monarchs and aristocratic rule, has become disassociated from morality. Reason’s aim is no longer an inquiring search for truth and justice. Instead, says Saul, it has been redefined as method and structure. Overseen by elites who provide answers which the structure is designed to produce, the general populace is denied active participation in political, social and legal discourse because, it is assumed, they do not understand the complexity of knowledge.

More recently, commentators have suggested that the rise of populism is a function of the failure of liberal democracy to be relevant to the lives of all but elites. Most people feel alienated from, and abandoned by, democratic institutions. We are told to trust the experts, but that has not turned out so well. What is the cause of growing social and economic inequality, tribalism, and the belief in “alternative facts”, which seem so contrary to the promise of the age of reason? Well, the experts seem hard pressed to explain things in language that most people understand, but much less trust.

What does this all have to do with administrative law? Perhaps nothing. Or perhaps as experts in a field that impacts the lives of millions of Canadians in fundamentally important ways, we should reflect on the growing disaffection with democratic institutions in favour of a populism which admires pure power. We might ask whether we bear any responsibility for this trend, and whether we have a role in responding?

Saul argues that one of the consequences of seeing reason as method or structure is that the expert can claim no responsibility for outcomes that are unjust, defy common sense, or simply fail. Indeed, as lawyers, we are trained to search for an answer using a method of reasoning, within a self-contained (and largely self-defined) logical structure. This process by which we find answers, and then discover new answers with equally compelling rational justification cannot be understood by anyone who is not an expert. As Saul says:

But what are answers when there is neither memory nor general understanding to give them meaning. This running together of the right answer with the search for truth is perhaps the most poignant sign of our confusion. It is a curious sort of confusion. Organized and calm on the surface, our lives are lived in an atmosphere of nervous even frenetic agitation. Hoards of essential answers fly about us and disappear, abruptly meaningless. Successive absolute solutions are provided for major public problems, and then slip away without consciously registering their failure.

There seems to be an enormous divide between the certainty we feel in the project of administrative justice, and the insecurity and confusion felt by those individuals and communities whom the system is supposed to serve. No doubt reason and a coherent application of principle is better than the arbitrary whim of dictators, but how are the courts to articulate justice, fairness and equity, in ways that are accessible and relevant to the non-expert?

“Tribunals get the deference they deserve” announced the Honourable John Evans in a 2012 presentation. The simplicity of that statement is alluring. It is a statement that most litigants would understand and agree with. We, as administrative law practitioners, academics, tribunal adjudicators and judges may say “it’s not that simple”, or “you don’t understand.”

Why is there such a gulf between what justice demands and how we explain it? Who benefits from that divide? How do we bridge it? Everyone who has the privilege of holding a position that has the potential to advance justice should try to confront these questions. Because, to paraphrase, the law will get the respect it deserves.

Michael Gottheil is the Executive Chair of Social Justice Tribunals Ontario, and a co-chair of CIAJ’s 2017 National Roundtable on Administrative Law: These are the Principles, If You Don’t Like Them, We’ve Got Others. It is being held in Vancouver on May 27, 2017. 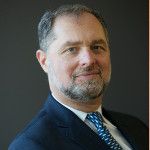 Chief of the Commission and Tribunals, Alberta Human Rights Commission