Technologies are more and more present in the various spheres of our system of justice. Although some progress was made, computing and networking are not yet fully integrated into the judiciary. In Quebec, the Cyberjustice Laboratory  is working on the issue, providing a forum for reflection and creation where justice processes are thought and modeled. Among other things, the Laboratory develops practical technological tools that are suited to the legal system.

On its side, the University of Michigan has launched the Matterhorn web platform, which is allowing the police, judges, court administrators and prosecutors to handle a large volume of cases and to reach the population without having to go to the courthouse. Not to forget the search engines that allow us to find the laws and jurisprudence online. And these are just a few examples.

Legislative drafting is no exception. Thus, a section of the upcoming CIAJ’s Legislative Drafting Conference (The New Legislative Counsel: At the Intersection of Law, Policy and Politics) will be devoted to the impact of new technologies on legislative drafting. The guest speakers will be Tarik Nesh-Nash, CEO and co-founder of GovRight and creator of Moroccan web platform reform.me, which aims to foster participatory drafting, allowing the population to comment on the sections of laws, and Jasmine Lee, a specialist of the Oracle Policy Automation. Here’s a foretaste of her panel about this technology, which is increasingly used by legislative drafters.

CIAJ: Ms. Lee, how would you describe the Oracle Policy Automation in a few words?

J. Lee: Oracle Policy Automation (OPA) is a software product that grew out of 1980s and 1990s research into expert systems and the law – and a desire by a group of Australian researchers to help people understand their rights and entitlements in social services, tax, immigration and other legislation. OPA allows governments and other organizations to automate complex legal decisions, and to give personalized advice, based on rules that are written in natural language (English, French or many other languages). Oracle Policy Automation has been used by many national, provincial/state and local governments around the world, as well as by a large number of private companies.

The product allows policy experts to document rules in a format that resembles policy materials. The rules can then be deployed to personalized advice-giving questionnaires, which can advise citizens on topics such as whether they are eligible for a government program, how much they might be entitled to claim, or what they might need to pay. The rules may also be deployed to bulk decision-making systems such as case management systems to process government benefit claims. The goal is to ensure that advice and decisions are made consistently, and that legislation and regulations are implemented faithfully.

Oracle Policy Automation also allows government organizations to respond to routine cases more quickly, which allows human attention to be more focused on the exceptional or discretionary cases. OPA also helps drive government transparency and accountability through its ability to deliver a natural language explanation of the policy reasons for every decision it makes.

CIAJ: How can these innovations be useful to legislative drafters?

J. Lee: Oracle Policy Automation changes the way that government policies are implemented. Traditionally, IT systems that advised citizens or made government decisions have been written in programmer code – with many stages of abstraction between the original legislative documentation and the final system. Whereas with OPA, the legislative and policy rules in the IT system more closely resemble the original source material. This means policy and legal teams can be more actively involved in developing the systems.

Modeling rules in Oracle Policy Automation often highlights inconsistencies between different sections of legislation, or ambiguities in drafting. And once rules have been implemented in OPA, the software helps ensure that the rules are applied consistently, and the decisions can be explained.

CIAJ: How do you think technologies can contribute to the administration of justice?

J. Lee: Our legal system assumes that people are aware of their rights and responsibilities under law, but citizens find it impossible to keep up with the volume and complexity of the rules around them. OPA helps people make informed decisions in these confusing situations. It also allows people to better understand how legislation and policy applies to their individual situation, which in turn makes it easier for people to be compliant.

As OPA provides governments with a more efficient, more consistent, more accurate way to implement policy, it can lead to a decrease in appeals. OPA also allows for running ‘what-if’ scenarios with the rules. This means governments can test out policy amendments in advance, which can help policymakers fine tune future versions. 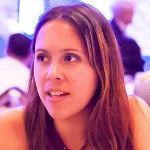 Jasmine Lee is an expert in advanced Oracle Policy Automation (OPA) rule design and implementation topics. She has been working with the OPA product line for 14 years. She has lived and worked in Australia, Europe and North America. When not designing rule bases, she can be found speed solving the Rubik’s Cube − she is one of only four and the only female who had attended all 8 world champs since 2003.