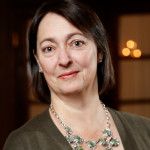 Ms. Michèle Moreau is head of the Direction de la protection et de la défense des droits at the Commission des droits de la personne et de la jeunesse. She was the founding Director of Pro Bono Québec and the Centre de justice de proximité du Grand Montréal, and Deputy Director of Labour Relations Services at the Université du Québec à Montréal for more than 10 years. She was CIAJ’s Executive Director from 2013 to 2016. Ms. Moreau has been actively involved with various organizations within the legal community from the beginning of her practice, and is currently currently a member of the Board of Directors of the Mile End Legal Clinic. She was President of the Association of Law Graduates at the Université de Montréal, President of the Quebec Branch of the Canadian Bar Association and Second Vice-President of the Canadian Bar Association. In 2011, she was awarded the “Mérite” for her exceptional contribution to the Bar of Montreal.