Montreal, December 12, 2016 – The Canadian Institute for the Administration of Justice (CIAJ) is proud to announce the nomination of Me Christine O’Doherty as Executive Director starting January 4, 2017. 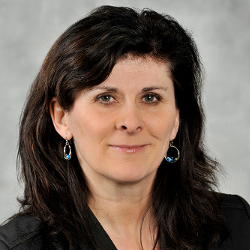 “We are pleased and excited to introduce Christine as the newest member of our administrative team,” says the Hon. Georgina Jackson, the President of the CIAJ Board and a judge of the Court of Appeal for Saskatchewan. “Ms. O’Doherty is a seasoned administrator and communicator. The energy and experience she brings to her new role promise to advance and expand the already exceptional work done by the staff of CIAJ, its members and its volunteers.”

Christine O’Doherty is a bilingual lawyer experienced in professional, labour and commercial law. She has contributed to developing and implementing effective government relations and public affairs strategies for the Ordre des ingénieurs du Québec, major pharmaceutical companies such as Merck Frosst and Eli Lilly as well as NATIONAL, Canada’s most prominent public relations firm. She was also responsible for carrying out compliance cases and developing audit programs. Ms. O’Doherty is a member of the Faculté de pharmacie de l’Université de Montréal, where she is responsible for the implementation of the soft skills curriculum for graduate and undergraduate students. Since 2008, she is the President of Les mots pour s’entendre, a management consulting firm offering public affairs, government affairs, crisis management, communications, media relations and legal advice. “I am very happy to be joining CIAJ,” she says. “I look forward to contributing to the growth and advancement of CIAJ’s mission across Canada.”

Each year, CIAJ mounts numerous training programs and a national conference intended to address a critical issue in the administration of justice. CIAJ’s 42nd Annual Conference on cultural and religious diversity will take place in Montreal, from October 4 to 6, 2017.