Jurisdiction Over Well-Being and Back-to-School Measures

In the summer, I was awarded the Christine Huglo Robertson Award for an essay on Indigenous communities’ responses to emergencies and COVID-19. An earlier blog post explored issues of data sovereignty and public health management. This blog post will look at aid and how communities decided to handle the new school year.

In May, the Standing Committee on Indigenous and Northern Affairs heard from First Nations, Métis and Inuit leaders about how governments and nations are responding to the pandemic. Assembly of First Nations Chief Perry Bellegarde spoke of provinces side-stepping the measures put in place by nations. Inuit Tapiriit Kanatami president Natan Obed spoke of infrastructure needs such as basic water and sewage improvements so that people can wash their hands in northern communities to prevent disease transmission. Métis National Council vice-president David Chartrand said Métis people were being totally ignored by local health authorities:

“We didn’t get one mask. We didn’t get one hand sanitizer. We didn’t get anything in our Métis communities. As I said, there are 400,000 of us in western Canada, and we play a very important role in the economy of this country. We pay billions in taxes as a people. I’m not even being treated as a Canadian because of this jurisdictional limbo of who’s responsible for us.”

(Chartrand filed a complaint to the Manitoba Human Rights Commission alleging systemic discrimination against Métis by the province. One concern is the lack of data-sharing agreements with the Federation, which was mentioned in my previous blog).

The federal department, Indigenous Services Canada, says it has responded to local needs by chartering flights to remote communities to deliver medical supplies since mid-April. Over the summer, more money was allocated to Indigenous communities—one of many demands listed in a petition signed by 57,000 people.

Professors Aimée Craft, Deborah McGregor, and Jeffery Hewitt criticized jurisdictional uncertainty and the federal government for failing to provide necessities to First Nations communities such as housing and water.[1] Their study of pandemic response was part of a collection of articles published in July about the effect COVID-19 is having on vulnerable communities.

Both constitutional and international documents recognize jurisdictional authority over wellness and emergency response, even though provincial and federal emergencies statutes do not, Craft, McGregor, and Hewitt explained. “Thus, it is left to First Nations to provide leadership without full constitutionally recognized jurisdictional authority, given the occupation of the legislative field by the federal and provincial governments and their control over First Nations’ financial and other resources.”[2]

With the start of the school year, many provinces have lifted restrictions on public gatherings and imposed requirements to wear face masks at all times while indoors. Indigenous communities have resisted changes in pandemic response by enacting bylaws, publishing informational booklets with World Health Organization and traditional medicine guidelines—affirming inherent jurisdiction to unceded territories and sovereignty under UNDRIP, or relying on Indigenous law.[3] First Nations also invoked treaty obligations. Exceptional measures were taken by parties to Treaty Six—First Nations of Maskwacis,[4] Alexander First Nation, Moosomin First Nation, and the James Smith Cree Nation—which declared states of emergency and activated the “pestilence” and “medicine chest” clauses. The Federation of Sovereign Indigenous Nations also cited the medicine chest clause in demands to the federal government and pharmaceutical companies to prioritize vaccine distribution in First Nations.

The Yellowhead Institute published a report by Gina Starblanket and Dallas Hunt about Canada’s obligations to provide public health services under the Numbered Treaties. The report demonstrates how provisions for health and wellness were implied in all treaties, drawing from oral and written histories of negotiations. Beyond the clauses in Treaty 6, or the implied promises to health services, Starblanket and Hunt argued that treaties are living agreements in which the Crown committed to providing a good life for First Nations. “The implementation of treaties requires a commitment to envisioning a fundamentally alternate form of relationship, one which evidently lies outside of Canada’s current political imaginary,” Starblanket and Hunt wrote.[5]

As a consequence of disputes over jurisdiction and Crown obligations, inequities in access to fundamental services create disadvantages for children and teens headed back to school.[6] Back-to-school in northern communities see southern teachers fly in every year, and high prices for school supplies and sanitation equipment. Before the Standing Committee, the president of the Nunavik regional school board spoke about the need for basic broadband, water and sewage deficiencies that lead to school closures, as well as overcrowded classrooms and a shortage of housing for teachers—problems that are echoed by First Nations across the country.

Indigenous communities adopted their own plans for returning to the classroom, with seemingly no conflict with provincial education authorities. In Quebec, for example, where in-person elementary and high school classes are mandatory, First Nations and Inuit decided to delay start dates and set stricter requirements for safety measures.[7] The Manitoba Métis Government created a homeschooling option for parents who do not want to send their children back to school.[8] Nishnawbe Aski Nation, which advocates for many First Nations in Northern Ontario, says it delayed the school year out of concern. New cases are being reported across the country, including on reserve, and the response in some places has been to close schools. Among the nations to shut down in-person schooling are Fisher River Cree Nation in Manitoba and Washagamis First Nation in Ontario.

In Saskatchewan, at least one First Nation school set up plexiglass cubes at each desk and capped class sizes at 15 students. Meanwhile, the school in Clearwater River Dene Nation near La Loche, Sask., which saw an outbreak of more than 300 cases, is sticking to online education. In Six Nations, where one person died, and 20 others tested positive for COVID-19, elementary schools will be teaching remotely until November. Limited broadband created problems or made it impossible for students to access online learning in remote communities. Most northern Ontario communities cannot rely on the internet to deliver lessons, and proposed connecting students with teachers via landlines and fax machines.

The pandemic also provided an opportunity to expand programs outside of the classroom. The school board in Nunavik, Kativik Ilisarniliriniq, said it might be able to further on-the-land education with adequate funding from governments. In Cowessess First Nation, east of Regina, the school gave parents and students options for in-class teaching and community mentorship. Elementary school children in Muskeg Lake Cree Nation get a mix of in-class and survival teachings. Some First Nations sought provincial or federal back-to-school funding, and while it is not clear whether these proposals have been accepted, the federal government announced $112 million for on-reserve schools. Provinces and territories received $2 billion in federal money. 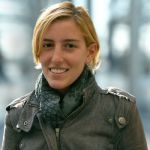 Michelle Pucci is a BCL/JD (Bachelor of Civil Law and Juris Doctor) candidate at McGill University. Before beginning law school in 2018, she was as a reporter and producer for CBC Nunavut, a fellow at The Walrus, and an intern with the Montreal Gazette. She completed a BA in journalism at Concordia University.