CIAJ’s Judicial Internships Across Canada: A McGill Student’s Experience Alongside a Chief Justice

This past August brought me back to New Brunswick for a week at the Court of Appeal. After living in Montreal, Fredericton appeared even more bucolic than I remembered, especially in the late-summer tranquility before university students enliven the streets.

The timing of my visit was for less congenial reasons: Chief Justice Marc Richard decided to host a student to observe an exceptional summer hearing for a prominent murder case. A young woman was appealing her conviction as one of three murderers of a young man found tortured to death in the ruins of a fire-ravaged home. There was considerable evidence against the two other accused, but the Appellant’s conviction hinged on videotaped testimony by an alleged accomplice. The trial judge admitted this evidence largely unedited, which the defence held as prejudicial, together with complaints about the Appellant’s own testimony being misconstrued.

Chief Justice Richard sat alongside two of New Brunswick’s most experienced judges: former Chief Justice Ernest Drapeau as a supernumerary, and Justice Margaret Larlee, for whom this case would be the last before retirement. Both in the courtroom and subsequent decision, the justices were remarkably candid in addressing the trial’s procedural shortcomings. While the hearing proceeded mainly on technical rules of evidence and allegations of judicial error, it was of great consequence to the Appellant, who was granted a new trial.

Besides reading and observing as much as possible about the case at hand, I worked alongside the Court’s two full-time clerks. My main task was to help research a presentation the Chief Justice would deliver to a meeting of Canadian appellate judges. I also took the opportunity to ask him a question I had long pondered: Why has New Brunswick produced a vastly disproportionate number of landmark administrative law cases, from CUPE to Dunsmuir to Ryan? He replied that the Court of Appeal takes it as a compliment that the Supreme Court reviews so many of their decisions, since it shows New Brunswick’s top judges are willing to take on tough questions.

I hope to see CIAJ’s Judicial Internships Across Canada expand its reach, since such opportunities are all too rare in Canada’s smaller jurisdictions. While the larger provinces and federal courts offer full-time, paid clerkships at many different levels, in Atlantic Canada there are only a handful of clerks each year, and at the Courts of Appeal exclusively. Similarly, Manitoba only offers for-credit clerkships lasting a single semester. Thus, downtown Ottawa alone contains several times more paid clerkships than these five provinces combined. This imbalance reflects the challenge of providing equal access to justice across Canada. Clerkship programs help judges research and render decisions more quickly, as well as advancing the careers of local law graduates. As programs like CIAJ’s grow in participation and perhaps attract greater resources, they may help close these regional gaps. 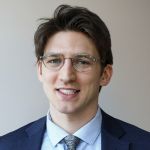 Michael Forestell is a third-year student at McGill University Faculty of Law. He graduated from St. Thomas University (New Brunswick) in Great Books and Political Science, and has worked in non-partisan positions in the House of Commons and Privy Council Office. He will return to New Brunswick to article.