Mediation at the Court of Québec: Lessons Learned and a View into the Future

The Honourable Sylvain Coutlée of the Court of Québec described judicial mediation as the fastest way to reaching a consensus. In its efforts to promote judicial mediation, the Court of Québec introduced a program called “médiation sur place”. If the parties failed to ask for a settlement conference in the case protocol, the judge can give them a second chance to do so. The judge will give the parties the opportunity to attend a mediation session with a trained lawyer from the Young Bar Association of Montreal. This program has a success rate of 60% to 65%, which is high considering the fact that the parties have had no prior preparation. Universities are also promoting the practice of mediation in Quebec. The Université de Sherbrooke now has a mediation class offered in the third year of its Bachelor of Law program and the Université de Montréal has a mediation clinic that prepares students to participate in the “International Commercial Mediation Competition” run by the International Center for ADR.

The Honourable Robert Proulx, Associate Chief Judge of the Court of Québec, explained how mediation was first a taboo in the Youth Division of the Court of Québec because of the sensitive nature of the cases involving children. In contrast to other cases, the same judge handles the case in the Youth Division until he or she is convinced that the child is safe. Thus, mediation may at first seem contradictory to the judicial procedure. An additional step is therefore required, as the judge has to select the cases that are eligible for private dispute prevention and resolution processes. Judicial mediation is now being practiced in areas of law where it had traditionally been excluded from, as it is increasing seen as an effective conflict resolution technique.

This report was issued by the Canadian Institute for the Administration of Justice on January 15, 2019, following an International Seminar celebrating the 20th Anniversary of Judicial Mediation. The Honourable Nicole Duval Hesler, Chief Justice of Quebec, was Honorary Chair for the event which was held in Montreal on November 22, 2018. 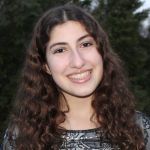