The 2017 Conference of the Commonwealth Association of Legislative Counsel (CALC) took place in Melbourne and Sydney, Australia from March 29 to April 4, 2017 bringing together nearly 200 members of the Association from all over the British Commonwealth and beyond. It was the 14th such conference since the inaugural one in Hong Kong in 1983. These conferences are remarkable events demonstrating not only how British parliamentary and legislative drafting traditions have spread throughout the world, but also the degree to which law-making raises common issues and values among the many countries that follow these traditions.

The Conference was entitled “Beginning with the End in Mind – Legislative Drafting in the context of 21st Century Challenges”. It consisted of two parts. The first included the main conference presentations and took place over 3 days at the RACV Club in the heart of the Melbourne Commercial Business District. The second consisted of a day of workshop presentations the following week at the Art Gallery of New South Wales near the Sydney harbour.

The Conference opened with a welcoming speech from a member of the Wurundjeri people who were the first inhabitants of the land around Melbourne. Australia’s history, like that of Canada’s, is marked by the encounter between the first peoples of that continent and the British colonists who arrived in the 18th century. In his speech, Elder Ron Jones noted how the culture and traditions, including legal traditions, of his people had survived despite colonization and that he was demonstrating one of these traditions in welcoming the conference participants to their lands. This generosity of spirit in the face of the historical injustices visited on his people was remarkable and provided a wonderful launch to the conference.

The keynote address was given by Justice Hilary Penfold of the Supreme Court of the Australian Capital Territory. As a former legislative counsel, and Chief Legislative Counsel to the Commonwealth Government, she provided a unique perspective on the interaction of legislation and the courts, particularly highlighting problems that can occur when legislative counsel are not fully aware of the legal context surrounding the legislation they are drafting.

The conference continued with sessions on linking legislative drafting to larger issues of democratic government, using mathematical formulae in legislation, drafting and using model provisions, addressing human rights in legislation, multi-lingual drafting, including the integration of indigenous languages into legislation, techniques for combatting corruption in the administration of legislation and dealing with complexity in legislation. This part of the conference concluded with an address by Daniel Lovric of the Australian Office of Parliamentary Counsel musing about the future of legislative drafting in a changing political landscape with increasing pressures to produce more complex legislation with fewer resources in less time. He encouraged legislative counsel to become more engaged with those responsible for giving instructions and find allies in the quest to draft effective legislation and maintain a well-functioning statute book.

The Melbourne part of the Conference also included the General Meeting of CALC members, which elected the members of the CALC Council for the next term and approved a constitutional change that would permit electronic voting at membership meetings. The concluding dinner was held at the Melbourne Museum and featured an appreciation of the outgoing President, Peter Quiggin, for his 6 years of service as president and the inestimable contribution he and his office have made to CALC and the organization of its last 3 conferences.

The second part of the conference in Sydney had a somewhat more practice-oriented flavour. These presentations and the Q&A sessions that followed them addressed knowledge-management in drafting offices, the delegation of powers, the concept of the State, drafting private-members’ bills and tackling large drafting projects. The day concluded with a cruise in the Sydney Harbour providing yet another perspective on this lovely city.

The next CALC Conference will take place in 2019 in the same city and around the same time as the next conference of the Commonwealth Law Association. However, the time and venue for this conference has not yet been determined. Canada is overdue to host this conference (the last time was in Vancouver in 1996), so who knows, it might be closer to home this time. 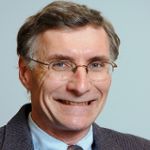