In summer 2016, an invitation was extended to key participants within British Columbia’s criminal justice system to attend a Roundtable meeting in Vancouver specific to complex criminal cases. The Roundtable was held on November 18, 2016 and included members of the Judiciary with both the Supreme Court and Provincial Court of British Columbia; representatives from the Criminal Justice Branch of the Ministry of Justice, Public Prosecution Service of Canada, Legal Services Society and Policing and Security Branch of the Ministry of Public Safety and Solicitor General; and, a number of experienced practitioners with the Defence Bar. The purpose of the Roundtable was to continue with an ongoing, cross-sector dialogue on challenges that arise in complex criminal cases and collaboratively explore different ways of managing these challenges more effectively.

A Series of Roundtables
The November 18th Roundtable was the third in a series of meetings held in British Columbia that were convened under the aegis of the Canadian Institute for the Administration of Justice (CIAJ). The first meeting was held in November 2014 and the second in September 2015.

The January 2016 Report
These two meetings resulted in a report unique to British Columbia which identified eight specific challenges that arise with managing complex criminal cases, and established a set of recommendations to function as an overarching framework for cooperative action between system participants. The report was issued in January 2016 and published on CIAJ’s website: January 2016 Report on Sept. 2015 BC Roundtable on Complex Criminal Trials (PDF).

Among other things, the recommendations in the January 2016 report included:

The report also anticipated further meetings to be convened by the Associate Chief Justice of the B.C. Supreme Court at least once per calendar year to bring together core participants in the system “to discuss general systemic issues that may be occurring specific to major cases, identify gaps and where necessary and appropriate, brainstorm potential solutions for cooperative action.”

First annual meeting – January 2017 Report
The November 18, 2016 Roundtable represented the first of these yearly meetings. A report was issued following the meeting and was published in January 2017: January 2017 Report on Nov. 2016 BC Roundtable on Complex Criminal Trials (PDF). This report, and its recommendations, builds on the work already done and creates significant momentum towards achieving a number of specific objectives that the Roundtable attendees collectively consider critical to more effective management of complex criminal cases, across the system.

The objectives highlighted in the report include:

The Roundtable process is not designed or intended to alter the fundamental roles or obligations of criminal justice system participants, or erode their independence. It does not seek to mandate their compliance with measures which are arbitrary. Rather, the Roundtable process seeks to gather, use and maximize the benefits of collective experience, diverse roles and the expertise of key system participants in brainstorming, shaping and establishing methods of practice that avoid wasted time, expense and delay, all of which impede other matters from being heard. The Roundtable attendees accept that a failure of those involved in the criminal trial process to improve the management and timely results of major criminal cases only serves to encourage the imposition of standards from outside the system, rather than from within. The Supreme Court of Canada’s dramatic revision of the tolerable standard for timely disposition of criminal trials in R. v. Jordan, 2016 SCC 27 is a stark example of how failing to make improvements through systemic effort can result in conditions being imposed which may bring unintended, unexpected and potentially undesirable consequences.

The Roundtable process continues with training in April 2017

As described in the report published in January 2017, the B.C. Supreme Court anticipates issuing a Practice Direction on complex criminal cases in April 2017 after completing consultation with members of the Bar. A first professional development training program for major case management is scheduled for April 29, 2017. The Criminal Justice Branch and the Policing and Security Branch have partnered in the development of a strategy to effect improvements in disclosure practices and protocols throughout the province, and it is hoped that government funding will be made available to enhance the Legal Services Society’s ability to assist the Defence Bar in accessing, organizing and distilling disclosure to improve the timeliness of pre-trial motions and trials. Through cooperative action and a shared appreciation for the benefits of systemic improvement, the Roundtable attendees are committed to moving forward. 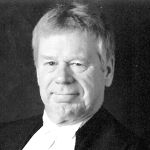 Graduated from the University of British Columbia Law School with an LL. B. in 1975, the Honourable Austin F. Cullen was called to the Bar of British Columbia in 1976. He worked as Crown Counsel from 1976 to 1980, and then worked in private practice from 1980 to 1984. He returned to the office of the Crown Counsel in 1984. Appointed Queen's Counsel in 1996, he was Regional Crown counsel for the Fraser Region from 1991 to 1997, then Regional Crown counsel for the Vancouver Region 1997 to 1999. Assistant Deputy Attorney General for the Criminal Justice Branch 1999 to 2001, he was appointed to the B.C. Supreme Court March 21st, 2001 and then appointed Associate Chief Justice in December 2011.