On Wednesday, June 14, 2017, in the wake of the Jordan Supreme Court decision, the Senate Committee on Legal and Constitutional Affairs issued its much-anticipated final report on court delays. The Senate Committee made 50 recommendations, after hearing 138 witnesses (including lawyers, legal and mental health experts, former and current judges, victims and police), on how to “alleviate the strain on Canada’s court system.”

Four main recommendations were made to the Federal Government:

In addition to these four recommendations, the Committee also suggested that to reduce delays in the criminal justice system, the Federal Government must consider filling all vacant judicial positions.

The Senate Committee also identified the consequences of delays. The impact is perceptible on the victims and witnesses, the accused persons and the justice system in general.

In this Report, consequences of delays are identified:

There is an urgent need to reduce court delays. Therefore, this Report offers solutions to improve the system.

The Report stated that efforts have been made across the country to reduce criminal trial delays. The Committee highlighted the alternatives to traditional criminal justice such as restorative justice programs and alternative courts.

This Report explores ideas for courthouse re-organization to offer services to accused persons (self-represented or not), offenders and victims in one location. The courthouse in Prince Albert, Saskatchewan has a service which focuses on crime prevention. To identify victims at risk, the team organized a service to localize social and health services, educational organizations and police.

The Committee and witnesses, discussed ideas for amendments to case management and procedures in order to reduce delays, i.e. having some matters heard by court officials rather than judges.

The Committee also discussed the issue of impaired driving (drugs and alcohol) and how to reduce its demands on the system. Legislation introduced in British Columbia has reduced court demands. The police now have the jurisdiction to determine whether cases should be processed under the Criminal Code or under provincial legislation, where less court resources are required.

Finally, the Committee discussed how implementing new technology could improve the efficiency of the justice system. Modernized electronic systems have the potential to reduce delays in court proceedings. 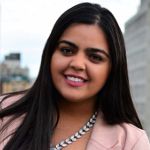